“Why Do You Introduce Robots?” 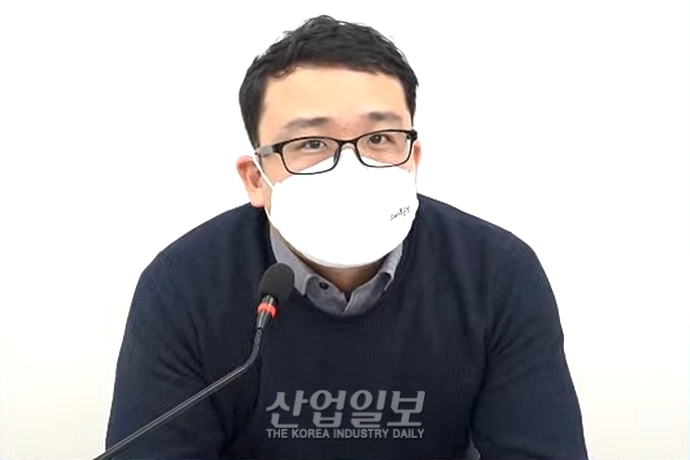 A growing tendency is that small and mid-sized manufacturers try to strengthen their competitiveness power by introducing robots. Some, however, face troubles because they pursue the introduction of robots vaguely, thinking that the processes will naturally be improved and operations will become efficient just by adopting robots.

In order to prevent such a problem in advance, the government is supporting half of the cost needed to introduce robots, which becomes a big burden to SMEs, and providing robot engineering consulting.

At an online briefing of a project aimed at supporting manufacturing innovation using robots on Jan. 24, people can hear advice from institutions and suppliers which provide consulting on ways to introduce robots.

Lee Jae-seon, a senior researcher at Korea Institute of Industrial Technology (KITECH), made a presentation about ‘a project to support robot engineering consulting,’ pointing out the status of robot introduction by sector in Korean industries.

Senior researcher Lee mentioned, “The introduction of robots in domestic automobile and electric & electronic industries has been conducted in many parts, and at present, unfinished parts are those needing high-level manual operations, such as manual insertion of passive elements, motor assembling and wiring work.”

“The industries like roots, textiles and food & beverages still are in the beginning stage, but there are high barriers for robots to enter in processing of castings in complex shapes, manufacturing of shoe uppers, loading and unloading and handling of food materials,” he added.

Robots Should Be Chosen According to Uses and Purposes

In the case of robots to be introduced for the manufacturing sector, they may be transported with wheels attached, but they mostly carry out operations by being fixed to necessary processes. Therefore, double payment of costs can be prevented by installing the robots after understanding the processes before introducing them.

Senior researcher Lee advised, “It is highly effective when robots execute simple and repeated operations in a fixed environment. As the robot operation rate gets higher, the greater effect can be obtained. Therefore, measures should be taken to enhance the operation rate.”

At the briefing session, Jeong Tae-woo, a team leader at NAU Robotics who made a presentation about ‘important matters while introducing robot automation systems’ emphasized the connection between robots and peripheral equipment.

Jeong said, “The peripheral equipment should be positioned and applied in the essential parts of each process after understanding the order of flow of each process in detail.” “In general, robots are not used separately. Some people think automation can be achieved just with robots, but it is absolutely necessary to connect robots and surrounding equipment and a robot system can be made only by connecting them effectively,” he explained.

In addition, “The supplier should select a right robot for the process considering length of arms and payload of the robot to be introduced. If the specifications of the robot need to be upgraded or peripheral equipment should be added or supplemented due to minor omissions in this process, time and money consumption can be doubled,” Jeong pointed out.

He stressed that it is necessary to get sufficient data on the robot introduction process and the product and study it in order to prevent such trials and errors and cost loss.

Costs for Introducing and Operating Robots Should Be Considered Together
If the return on investment (ROI) can’t be calculated when buying a robot, the plan to introduce it should be withdrawn.

Senior research Lee Jae-seon said, “It is effective to apply a robot to a process which can improve utilization enough to recover the money invested for purchasing the robot within one or two years. Besides, the operation cost, as well as the early cost for robot establishment, should be included when calculating the ROI.”

The operation cost should be considered when introducing a robot, because the costs for parts, such as consumables and grease, and the cost for purchasing grippers to be attached to the end of robot arms are necessary. Additionally, it is possible to increase the robot and system operation rates by hiring persons to fully take charge of minor troubles of robots, part replacement and cleaning.

“Companies which introduce robots need multiple workers to actively learn about robots and robot systems for direct operation of them and workers to manage them. While installing and setting up a robot system, it is effective to learn how to set up major parts together with workers of the company introducing it,” according to Jeong.

‘No Concession’ in Securing Safety
If it threatens human safety, even a system which can enhance the process efficiency by successfully introducing a robot is no better than scrap iron. For such a reason, elements regarding safety, such as the securing of workers’ movements and installation of safety fences, is a problem that shouldn’t be compromised when introducing a robot.