NAU Robotics Establishes Its Own Robot Development and Mass-Production Systems 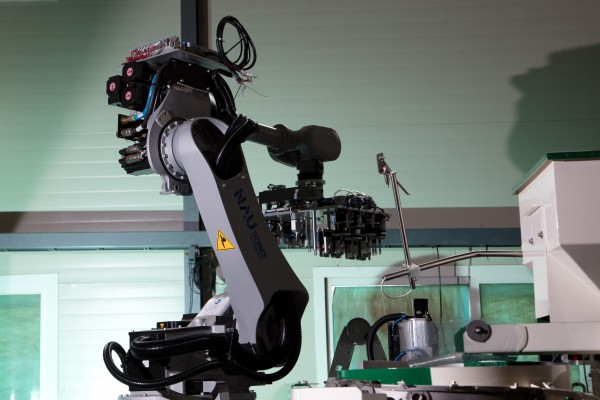 The robot industry has high potential. Therefore, in Korea, various policies have been announced to promote the industry.

NAU Robotics (hereinafter referred to as NAU), founded in 2016, is a company specialized in robots and it has supplied automation equipment, industrial robots and software optimized for establishing smart factories for the past six years.

NAU currently is developing robots for its full-scale growth to be a robot enterprise and is about to release them. The company plans to launch the robots which are being developed next year.

Moreover, robots are anticipated to be used for more sectors, such as service and health care, as well as industrial sites, so it is necessary to sophisticate the technology.

Accordingly, NAU Robotics, an industrial robot maker, is accelerating its efforts in various aspects by developing its own robots and establishing a mass-production system, to engage in fully-fledged development initiatives as a robot enterprise.

Those robots were made to be easily applied in industrial sites by developing software to transform the existing coding-type multi-axes robots into types utilizing the UI icon system.

In addition, the company is carrying out tests to release orthogonal handling take-out robots in October.

CEO Lee Jong-ju of NAU said, “NAU is going to develop robots to grow into a robot maker and establish a mass-production system,” adding, “Our goal is to increase the synergy effect between the existing robot automation business and robot models developed by us.”

He also stressed, “Combining its unique technology accumulated in various industrial sites and within the company during our history and new products to be introduced soon, NAU will accelerate its development.”

In the meantime, the technological research institute of NAU is conducting R&D for development, control and programming of robots by securing a large number of experts possessing excellent know-how and long experience, and is developing robots and key parts of robot driving controllers.